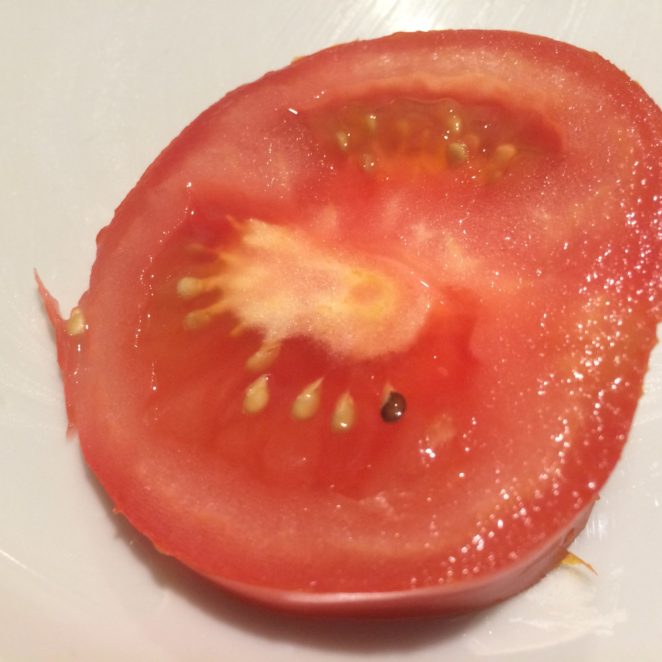 What you see: Black seeds lurking among the normal seeds in your tomato.
What it is: A seed that isn’t normal, but isn’t harmful either.
Eat or toss? Eat! If everything else looks normal, you won’t notice any off flavors and it won’t hurt you.

You can eat tomatoes with black seeds

The occasional black seed or seeds in your tomato may be a bit jarring, but they aren’t anything to worry about.

(This assumes, however, that the black seed is simply a black seed. If, however, you see a general darkening and softening of the tissue around the seeds, a microbe is likely munching on your tomato. In that case, don’t eat it.)

I’ve spoken to several experts about this phenomenon and all have mentioned a number of scenarios that can cause a seed to look darker than its neighbors.

It could be a harmless twist in this tomato’s genetic story. Or it could be a seed that isn’t viable, that somehow “died,” or that didn’t develop normally.

Some tomato seeds also darken before they sprout (though in the image at the top of this post that appears less likely).

In any of these scenarios, however, nothing suggests any kind of food safety hazard. This color change does not indicate any kind of microbial growth or toxins that could make you sick.